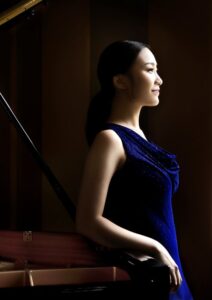 Three of classical music’s brightest and most innovative young talents put together an “only in Mt. Gretna” program just for you, highlighting the masterful and moving Piano Trio in b minor, Op. 2 by Max Reger. Most piano trios don’t have a viola, and the instrument’s inclusion here helps this lovely late Romantic gem to shine.

Brahms: Scherzo in c minor from the ‘FAE Sonata,’ WoO 2

Jordan Bak, viola, Award-winning Jamaican-American violist Jordan Bak is building an exciting international career as a trailblazing artist, praised for his radiant stage presence, dynamic interpretations, and fearless power. He is frequently in demand as a concerto soloist, recitalist, chamber musician and educator. The 2021 YCAT Robey Artist and a top laureate of the 2020 Sphinx Competition, Bak is also a Grand Prize winner and Audience Prize recipient of the 2019 Concert Artists Guild Victor Elmaleh Competition, the recipient of the 2019 Samuel Sanders Tel Aviv Museum Prize and the 2019 John White Special Prize from the Tertis International Viola Competition. In addition, Jordan Bak is a member of the celebrated New York Classical Players and is a featured artist for WQXR’s Artist Propulsion Lab.

Highlights of the 2021-2022 season include recital debuts at Wigmore Hall, Merkin Concert Hall & Baltimore’s Shriver Hall Concert Series, chamber music tours with Musicians from Marlboro and CAG on Tour, and new music commissions from such composers as Tyson Davis, Shawn Okpebholo & James Ra. He has been heard as a recitalist and chamber musician in the United States at such venues as Alice Tully Hall, Bruno Walter Auditorium, Jordan Hall, and Tobin Center for the Performing Arts, among others, and in Europe at the Verbier Festival, the Conservatoire de Musique de Genève, the Centre de Musique Hindemith, and the Helsinki Musiikkitalo.

Wynona Wang, piano, Chinese pianist Wynona Wang was selected as First Prize winner of the 2018 Concert Artists Guild International Competition, which is just the latest in a series of impressive first prize performances, along with the 2017 Wideman International Piano Competition in Louisiana.  Wynona was also awarded the 2019 “Charlotte White” Career Grant awarded by the Salon de Virtuosi in New York City.

An active performer in China, Europe and the United States, Wynona recently earned her Performer’s Diploma under the tutelage of the eminent pianist Alessio Bax at Southern Methodist University in Dallas.  While at SMU, she appeared in multiple concerto performances as well as numerous recitals and chamber music concerts, including collaborations with cellist Andres Diaz and with the Escher String Quartet. She had made her New York debut recital in Carnegie Weill Hall in the 2019-2020 season, and she had also performed in the prestigious concert halls in North America including David Geffen Hall at Lincoln Center, Krannert Center, and Merkin Hall. Her 21-22 season highlights include Merkin Hall, La Grua Arts Center, Kravis Center, Pinedale Performing Arts, the Whitney Center and Dame Myra Hess Memorial Concerts.

Other recent North American performances include the Northwest Florida Symphony Orchestra, North State Symphony in California, and the Meadows Symphony Orchestra of SMU in Dallas, and such major festivals as Music@Menlo, PianoTexas, Morningside Music Bridge in Calgary, Canada, the International Keyboard Institute & Festival in New York City, and the Chautauqua Institution.  Internationally, Wynona has been a featured soloist with the Academic Symphony Orchestra of the National Philharmonic Society of Ukraine, and the Romanian Mihail Jora Philharmonic Orchestra in Italy.  She has also given numerous solo piano recitals in China—including cities such as Beijing, Qingdao, Hangzhou, Wuhan, Shenzhen, Kunming, Ningbo, and Dalian—as well as in Spain (Madrid) and Indonesia (Jakarta).

Born in Beijing, Wynona Wang began playing piano at age 4, and went on to study at both the Music Elementary and Secondary schools at the prestigious Central Conservatory of Music (CCOM) in Beijing.  In fall 2016, she was awarded a full scholarship for her Performer’s Diploma at Southern Methodist University in Dallas, and she now lives in New York while pursuing her undergraduate degree at The Juilliard School as a student of Dr. Robert McDonald. 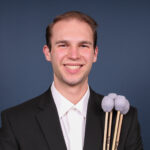 David Graff, percussion, is a sophomore at Lebanon Valley College where he is pursuing a Bachelor of Arts in Music with an instrumental concentration in percussion performance, under the tutelage of Dr. Matt Keown. At LVC, David performs with the Pride of the Valley Marching Band, Symphonic Band, Symphony Orchestra, and Percussion Ensemble. David has performed throughout central Pennsylvania and is an active member of the Lancaster Marimba Ensemble.