3:00 pm and 7:30 pm performances due to limited seating for Covid-19 social distancing requirements.

This concert is in partnership with Central PA Friends of Jazz 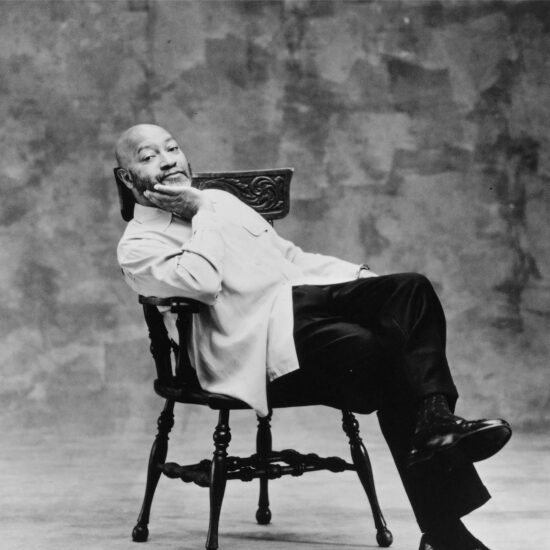 Honored by The National Endowment for the Arts as a 2010 Jazz Master, Kenny Barron has an unmatched ability to mesmerize audiences with his elegant playing, sensitive melodies and infectious rhythms. The Los Angles Times named him “one of the top jazz pianists in the world” and Jazz Weekly calls him “The most lyrical piano player of our time.”

The Philadelphia native started playing professionally as a teenager. He moved to New York City at 19 and freelanced with Roy Haynes, Lee Morgan and James Moody, after the tenor saxophonist heard him play at the Five Spot. Upon Moody’s recommendation Dizzy Gillespie hired Barron in 1962 without even hearing him play a note. It was in Dizzy’s band where Kenny developed an appreciation for Latin and Caribbean rhythms. After five years with Dizzy, Barron played with Freddie Hubbard, Stanley Turrentine, Milt Jackson, and Buddy Rich.

The early seventies found Kenny working with Yusef Lateef who Kenny credits as a key influence in his art for improvisation. Encouraged by Lateef, to pursue a college education, Barron balanced touring with studies and earned his B.A. in Music from Empire State College, By 1973 Kenny joined the faculty at Rutgers University as professor of music.  He held this tenure until 2000, mentoring many of today’s young talents including David Sanchez, Terence Blanchard and Regina Bell.

In 1974 Kenny recorded his first album as a leader for the Muse label, entitled Sunset To Dawn. This was to be the first in over 40 recordings as a leader. His duo album with Stan Getz during the late 1980s, People Time led to the first of 11 GRAMMY nominations received for his recordings. Without Deception, his 2020 follow up with bassist Dave Holland to The Art of Conversation was noted as one of the top releases of the year. The 2016 CD, Book of Invention (was Barron’s first trio outing in 20 years and marked the first recording ever with his bandmates bassist Kiyoshi Kitagawa and drummer Johnathan Blake.

Barron consistently wins the jazz critics and readers polls, including Downbeat, Jazz Times and Jazziz magazines. The famed Spanish ceramist Lladro honored Mr. Barron with a Lifetime Achievement Award in 2012 and he was awarded an Honorary Doctorate from his alma mater SUNY Empire State in 2013 and from Berklee College of Music in 2011. In 2009 he received the Living Legacy Award from Mid-Atlantic Arts Foundation and was inducted into the American Jazz Hall of Fame and won a MAC Lifetime Achievement Award in 2005. He is a seven-time recipient of Best Pianist by the Jazz Journalists Association.

Grammy-nominated drummer and composer, Johnathan Blake was introduced to jazz by his father, world-renowned jazz violinist John Blake, Jr. Although trained on the violin since he was three, he revolted and started playing drums at 10, and began performing in the Philadelphia area during his teen years. While in college, he started working professionally with the Oliver Lake Big Band, Roy Hargrove, and David Sanchez. He turned down an offer to join McCoy Tyner’s band in order to complete his bachelors degree and then went on to earn a masters degree from Rutgers University in 2007. He was awarded an ASCAP Young Jazz Composers Award in 2006.

Johnathan is currently a member of the Tom Harrell Quintet, Russell Malone Quartet, and Kenny Barron Trio. He also performs regularly with Donny McCaslin, Jaleel Shaw, Avishai Cohen, and Omer Avital among others. He released his debut CD in 2009 and has recorded with Tom Harrell, Jaleel Shaw, Joe Locke, Oliver Lake Russell Malone, Mingus Big Band and many others. He has been leading his own quartet in venues worldwide including Brazil, Europe and the U.S.

Soon after moving to New York City from Osaka, Japan, Kiyoshi joined the Harper Brothers, recording the Remembrance: Live at The Village Vanguard. Kiyoshi has toured and recorded Triology with the alto great Kenny Garrett and drummer Brian Blade and has gone on to work with many of the leading names in jazz including Tommy Flanagan, Jimmy Heath, Andy Bey and Maria Schneider, just to name a few.

In 1996, he formed The Trio with the versatile Japanese pianist, Makoto Ozone, releasing four albums together. As a leader, Kiyoshi has released five albums in Japan on the Atelier Sawano label including Ancestry, Prayer, followed by the DVD release of  Live at Tsutenkaku and Live in Japan all featuring Kenny Barron and Brian Blade.