Manhattan Chamber Players is a chamber music collective of young musicians, who have been awarded top prize winners from the Banff, Fischoff, Naumburg, Rubenstein, and Tchaikovsky competitions.

Praised by The New York Times for having “traversed the palette of emotions” with a “gorgeous tone and an edge of-seat intensity” and described by Diario de Menorcaas an “ideal performer” that offers “elegance, virtuosity, and great expressive power,” Spanish cellist Andrea Casarrubios has played extensively as a soloist and chamber musician throughout Europe, Africa, Asia, and America. First Prize winner of numerous competitions and awards, Ms. Casarrubios is also a pianist and composer. Her recent album, Caminante, was released in 2019 on Odradek Records, and was chosen as one of the “Best 2019 Classical Music Albums” by Australia’s ABC Classic. 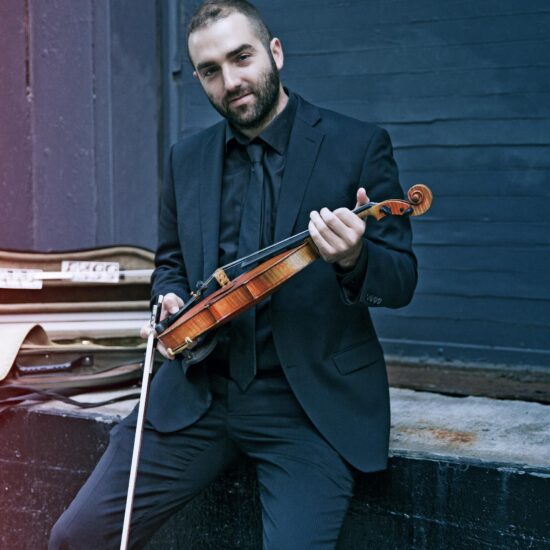 NYC-based violinist Brendan Speltz, second violinist of the world renowned Escher String Quartet, has toured the globe with groundbreaking ensembles such as Shuffle Concert, the Manhattan Chamber Players, A Far Cry, and the Harlem Quartet. As founder of FeltInFour Productions,Mr. Speltz has produced innovative concert events across the New York City area that have been described by The New Yorker as “Thrilling, poignant, unexpected, and utterly DIY.” Most recently, Mr. Speltz co-created a cross-disciplinary presentation of Steve Reich’s Different Trainswith aerial dance troupe ABCirque which was sponsored by Meyer Sound Labs. In NYC he has performed as guest with the New York New Music Ensemble, Mark Morris Dance Group, American Ballet Theatre, the American Symphony, the Orchestra of St. Luke’s, and as a founding member of the conductorless string orchestra Shattered Glass. He received his bachelor’s degree from the University of Southern California and his Master’s degree from the Manhattan School of Music. Mr. Speltz plays a 1925 Carl Becker violin.

Praised by The Philadelphia Inquirer for his “glowing refinement,” violist Luke Fleming’s performances have been described by The Stradas “confident and expressive…playing with uncanny precision,” and lauded by Gramophone for their “superlative technical and artistic execution.” Strings Magazine said of a recent performance by Mr. Fleming: “With tender lyrical lines, the viola’s richness suited the music wonderfully…I wished I could put [him] on repeat.” Festival appearances include the Marlboro Music School and Festival, the Steans Institute at Ravinia, Perlman Music Program, the Norfolk and Great Lakes Chamber Music Festivals, the Melbourne Festival, Bravo!Vail, and Festival Mozaic, as well as concerts and residencies across North and South America, Europe, and Asia. Formerly the violist of the internationally acclaimed Attacca Quartet, he has served as Artist-in-Residence for the Metropolitan Museum of Art and received the National Federation of Music Clubs Centennial Chamber Music Award.He was awarded First Prize at the Osaka International Chamber Music Competition and top prizes at the Melbourne International Chamber Music Competition. 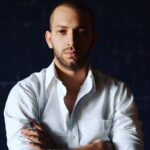 Amaury Abreu is a founder, CEO & real estate investor. Through his presence in the community of Lebanon, Pennsylvania he has been able to create initiatives like the community cleanup days. He also started a podcast show where he features other businesses and community leaders. He is a board member of SARCC- Sexual Assault Counseling Center in Lebanon. His goal is to create businesses and initiatives that make his local community a place of growth and opportunities for all.

Mozart’s less-than-stellar relationship with his first major employer, the Archbishop of Salzburg, is humorously depicted in the movie Amadeus.  Though the film is wildly speculative and even grossly inaccurate in many respects, this portrayal is fairly accurate, and perhaps even understated.  When Mozart did leave his job in 1781, he wrote to his father that he was kicked out the door upon his departure!  The person to hold the post immediately following Mozart was the younger brother of his good friend Franz Joseph Haydn: Michael Haydn. A more conventional composer and personality, Michael Haydn’s relationship with the Archduke was far more cordial.

However, when Haydn experienced a protracted illness that made it impossible for him to complete his commission of six duos for violin and viola on time (he had already composed four) and the Archduke was threatening to dock his pay, Michael enlisted Mozart’s help in completing the task, which resulted in Mozart’s Two Duos for Violin and Viola.  At the time, Haydn passed them off as his own works to complete the set of six duos.  The Archduke was completely fooled, leaving Mozart undoubtedly pleased that the little trick he had played on his former employer had worked perfectly!

Despite the success of Haydn and Mozart’s ruse, however, the quality of the four duos by Michael Haydn can scarcely be compared to that of the two duos by Mozart.  Each of Haydn’s works embrace conventionality almost to the point of eye rolling, most noticeably in that the violin is given quite literally all the melodic material, relegating the viola part to simply playing a bass line for twenty minutes.  Haydn’s works also lack the emotional depth present in Mozart’s duos, particularly in their slow middle movements.  Of Mozart’s two duos, No. 1 in G major (heard on tonight’s program) is the lighter and more exuberant, with near-complete part equality between the violin and viola.  A brilliant violinist and violist, Mozart’s favorite instrument was the latter, so the numerous uncharacteristically virtuosic moments given to the viola (an instrument rarely given any sort of soloistic treatment at that time in music history) take on a particularly special and personal meaning.                                                               Notes by Luke Fleming

This work was written for violinist Emily Daggett Smith and premiered in New York City on February 18, 2018. The text is part of a poem by Pablo Neruda, an excerpt that refers to the Spanish Civil War. The words and the image of battered Liberty are used to resonate with our own perceptions of the never-ending global fight for human rights. The music is filled with the strength and the vulnerability of those words.

The translation of the text, spoken in the original Spanish, reads:

“Liberty rose weeping along the roads,
shouted in the corridors of the houses;
in the countryside her voice passed between orange and wind
calling for ripe-hearted men.
And you came, and here you are,
the chosen sons of victory,
many times fallen, your hands many times blotted out,
broken the most hidden bones,
your mouths stilled,
pounded to destruction your silence.
But you surged up suddenly, in the midst of the whirlwind,
again, others, all your unfathomable,
your burning race of hearts and roots.”

In 1788, the same year that he composed his final three symphonies (No. 39 – 41) at the age of 31, Mozart’s financial circumstances had fallen into complete disarray.  Without a regular patron, Mozart was at this point unable to afford to compose large-scale works for nine full months, having to focus his energies instead on more money-making enterprises like teaching and performing.  It was these conditions that gave birth to what would wind up being Mozart’s longest chamber work and the very first major composition for String Trio, the Divertimento in E-flat Major, K. 563.  Dedicated to Michael Puchberg, a fellow Freemason and longtime sporadic supporter of Mozart’s, the composer had hoped the composition would secure another loan from his friend. vMozart also gave the premiere of the Divertimento (playing the viola) along with two other Freemason/musician colleagues.

Works composed for string trio prior to Mozart’s Divertimento had been entirely in the “light party music” vein.  Franz Joseph Haydn had by this point elevated the string quartet to the instrumentation of “serious” string chamber music composition.  So, this 45-minute, six movement Divertimento that contained fiendishly difficult and virtuosic writing in all three parts was a wholly unique and unprecedented work at the time of its composition.  Its near-complete part equality, noble character, range of expression, and wealth of ideas make it one of the true masterpieces of the chamber repertoire. 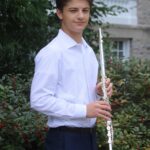 Andy Hankes is a recent graduate of Carlisle High School. He studies with Jocelyn Goranson, flute professor at Messiah College. Andy has held positions in the Harrisburg Symphony Youth Orchestra, Dickinson College Orchestra, Carlisle Town Band, and many high school ensembles. He has also participated in numerous summer programs, including the Interlochen Arts Camp and the Oberlin Flute Academy. This fall, Andy will study with Bonita Boyd at the Eastman School of Music. His piano accompanist is Daniel Glessner.

Thank you to our First Listen sponsor,  Marian L. Shatto, for helping to pay it  forward to young, aspiring musicians.