Principal flutist of the Seattle Symphony, Demarre McGill is one of the most in-demand young wind players in the world today. 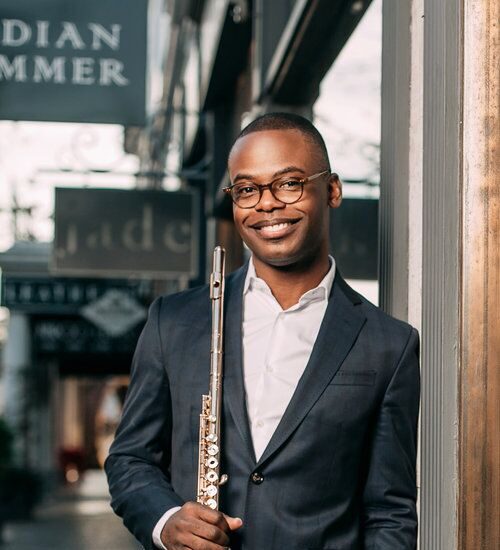 Email gretnamusic@gmail.com and write Demarre in subject line to get link to this free Zoom event.

Demarre McGill has gained international recognition as a soloist, recitalist, chamber and orchestral musician. Winner of the Avery Fisher Career Grant and the Sphinx Medal of Excellence, he has appeared as soloist with the Philadelphia Orchestra, the Seattle, Pittsburgh, Dallas, Grant Park, San Diego and Baltimore symphony orchestras and, at age 15, the Chicago Symphony.