Grammy nominated..."one of the most dynamic artists of their generation"

Applauded by The Washington Post as “a perfect encapsulation of today’s trends in chamber music,” the Grammy-nominated PUBLIQuartet’s creative, interactive program will feature contemporary works, original compositions, and improvisations on classical favorites, expanding our conception of what the string quartet can be

THE MUSICIANS WILL ANNOUNCE THE PROGRAM FROM THE STAGE

PUBLIQuartet, MINDǀTHEǀGAP: Wild Women Don’t Get the Blues, improvisations on music of Coltrane,

Giddens, At the Purchaser’s Option

PUBLIQuartet, MINDǀTHEǀGAP: What Is an American? improvisations on Dvořák’s American Quartet

Applauded by The Washington Post as “a perfect encapsulation of today’s trends in chamber music,” and by The New Yorker as “independent-minded,” the GRAMMY nominated PUBLIQuartet’s modern interpretation of chamber music makes them one of the most dynamic artists of their generation.  Dedicated to presenting new works for string quartet, PUBLIQuartet rose on the music scene as winner of the 2013 Concert Artists Guild’s New Music/New Places award, and in 2019 garnered Chamber Music America’s prestigious Visionary Award for outstanding and innovative approaches to contemporary classical, jazz, and world chamber music.  PQ’s genre-bending programs range from 20th century masterworks to newly commissioned pieces, alongside re-imaginations of classical works featuring open-form improvisations that expand the techniques and aesthetic of the traditional string quartet.

PUBLIQuartet has served as artist-in-residence at top institutions including the Metropolitan Museum of Art and National Sawdust and has appeared at a wide variety of venues and festivals, from Carnegie Hall and the Newport Jazz Festival to The Late Show with Stephen Colbert. Their latest album, the GRAMMY-nominated Freedom and Faith, debuted atop the Billboard Classical Charts in May 2019. The 2019-2020 season brings a diverse array of programs to venues across the United States and abraod, including an appearance at the String Quartet Biennale in Amsterdam.

PUBLIQuartet’s commitment to supporting emerging composers inspired their innovative program, PUBLIQ Access, which promotes emerging composers and presents a wide variety of under-represented music for string quartet–from classical, jazz and electronic, to non-notated, world and improvised music. Other unique projects include MIND|THE|GAP, a series of group-composed works developed by PQ to generate interest in new music while also engaging traditional classical music audiences.  These unique creations range from “Bird in Paris” (Claude Debussy meets Charlie Parker) to more recent extended works including “What Is American?” (an exploration of Dvorak’s beloved “American” String Quartet) and Sancta Femina (based on themes by three medieval and baroque female composers).

Founded in 2010, PUBLIQuartet is currently based in New York City.

A New York City native and graduate of the Eastman School of Music, Curtis Stewart has performed as a soloist with the National Repertory Orchestra, in Lincoln Center, and Carnegie Hall. He has made chamber music appearances at Zankel Hall, and the Rochester International Jazz Festival, holding his audiences “spellbound” with his“warm, clear sound…sparkling rhythmic energy” and “prodigious technique,” (New Amsterdam Times, SoundWordSight)  An avid teacher, he currently teaches at the Laguardia Highschool for Music & Art and Performing Arts.  Curtis’ eclectic background has led him to concerts in many different realms of music from MTV specials with Wyclef Jean, to stints at the Kennedy center with the Jimmy Heath Big Band.  His ensembles “PUBLIQuartet,” and “The Mighty Third Rail” perform frequently at many of New York’s illustrious venues including the Carnegie Hall, Symphony Space, Merkin Hall, the Cornelia Street Cafe, BAM Cafe, Lincoln Center, Nuyorican Poet’s Cafe, and the Stone. Curtis has worked with today’s prominent musicians including Henry Threadgill, Dick Oatts, Jason Lindner, Edmar Casteneda, Linda Oh, Chris Dingman, Dave Liebman, Matt Wilson, among many others. A supporter and practitioner of many styles of music, Curtis is excited to continue expanding and blending all the elements of his stylistic and expressive range, developing a unique and relevant voice in New York’s boundless music scene.

Jannina Norpoth made her debut as a soloist with the Detroit Symphony Orchestra at age 14. Since then she has built a career as an innovative collaborative artist, performer, arranger and educator. She has performed internationally, including appearances on the Lincoln Center “Great Performers” Series, Mostly Mozart Festival, Women of the World Festival at The Apollo Theater,  The Ecstatic Music Festival, VH1’s Save the Music, and SNL. She has been featured alongside acclaimed musicians James Carter, Nadia Sirota, Regina Carter, Marcus Belgrave, Jay – Z, Beyoncé, Pharell, Stevie Wonder, Anita Baker, My Brightest Diamond and many others.

Ms. Norpoth is a sought after arranger in the classical and non-classical worlds. Praised by Strad Magazine for her ability to write a transcription “so natural sounding that it could have been the composer’s original version”, recent commissions include an adaptation of Scott Joplin’s “Treemonisha”  form the Volcano Theatre Company in Toronto and Dvorak’s “American Suite” for Trinity Wall Street’s  “12th Night Festival”.  Ms. Norpoth has arranged/recorded strings for grammy-winning producers Jerry “Wonda” Duplessis and Bryce Goggin and for artists Keyshia Cole, Keri Hilson, Black Dahlia Murder, Akron Family, John Legend, and her own ensembles PUBLIQuartet and HOLLANDS.

Ms. Norpoth performs and writes in folk/rock duo HOLLANDS. Praised for their multi-faceted sound, HOLLANDS was profiled by BBC as “pulsing indie pop that really puts a spring in your step … mixing fun, folk, rock and elements of classical.” In 2016 HOLLANDS, PUBLIQuartet and artist Amy Khoshbin created The Scheherazade Project (TSP), a multimedia song cycle inspired by the stories of One Thousands and One Nights. TSP was awarded a Sphinx MPower grant for it’s creation and premiered as part of the NYC Electro-Acoustic Music Festival and The New York Philharmonic’s Biennial Celebration, with support from MAC Cosmetics and DPA Microphones.

Nick Revel is the founding violist of PUBLIQuartet, which was string quartet in residence for the Metropolitan Museum of Art’s “MetLiveArts” 2016/17 season. PQ has been presented by the Late Show with Stephen Colbert, the Metropolitan Museum of Art, Carnegie Hall, the Joyce Theater, National Sawdust, Dizzy’s Coca Cola Club, and the Newport Jazz Festival. He’s performed all over the world including in Berlin, Tokyo, Banff, and across the US. He’s collaborated with Benjamin Millepied and the LA Dance Project, Björk, Paquito D’Rivera, Billy Childs, JACK Quartet, Alarm Will Sound, the International Contemporary Ensemble (ICE), Jessie Montgomery, and tuba legend Bob Stewart. As a composer Nick’s 2017 commission “In DayDream” for viola and guitar was premiered in Carnegie Hall on April 10, 2017. In addition, he has self-produced, composed, and recorded a full-length album titled “Letters to My Future Self” of all original compositions, improvisaitons, and sound designs for viola.

For three consecutive years Nick was commissioned to write pieces for mixed student ensembles at the Talent Education Suzuki School, one of which was premiered at the 10th Anniversary of the founding of the school at Norwalk City Hall for the Mayor of Norwalk and other public notables in the Spring of 2014. As a teacher, Nick co-created the New York String Studio, located in Sunnyside, Queens with his wife Nora Krohn. NY String Studio teaching philosophy draws on methods of self-awareness practices, Suzuki Method, Alexander Technique, meditation, and Madeline Bruser’s The Art of Practicing. He aspires to offer his students high quality instrumental technique and a deeper understanding of mind and body, discipline, problem-solving, organization, time management, and self-expression.

Cellist Hamilton Berry’s eclectic taste has led him to pursue a variety of performing, arranging, and composing projects in the New York area and beyond. A member of the Toomai String Quintet, Founders, Decoda, and The Con Brio Ensemble, he has also performed with Ensemble Connect, NOVUS NY, The Orchestra of St. Luke’s, and A Far Cry, and has collaborated with pop artists including Vampire Weekend, Rostam, Bjork, Debbie Harry, FUN., Cults, and Becca Stevens. He is Assistant Program Director of the Musicambia program at Sing Sing Correctional Facility, where he teaches string students.

A Nashville native, Hamilton has played at the Cooperstown, Mecklenburg-Vorpommern, Olympic, and Yellow Barn music festivals. In 2009 he received his Master of Music from the Juilliard School, where he studied with Timothy Eddy; his previous teachers include Felix Wang, Grace Bahng, and Anne Williams. During his fellowship with Ensemble Connect – a program of Carnegie Hall, Juilliard, and the Weill Music Institute in partnership with the New York City Department of Education – Hamilton was a visiting teaching artist at IS61 on Staten Island. 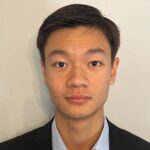 Daniel Huang is a violinist and pianist who has won multiple Reading Music Foundation awards and has also placed in the Women’s Symphony Orchestra concerto competitions. He started to play piano when he was five years old. Daniel attends Veritas Academy and will be a sophomore in September. Daniel currently plays violin in the Veritas Orchestra as well as in the Allegretto Youth Orchestra. He studies piano with Dr. Xun Pan.