$5-$29 This concert is open seating by section. Premium Section is the first 10 rows. Standard Section is rows 11-19. First Listen program at 6:45 pm. See below for details. Buy Tickets

“To hear these three young guys is to be thankful that music was invented.” 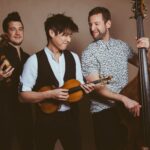 This Emmy award-winning, groundbreaking, genre-defying trio resides at the crossroads of multiple sounds: Americana, pop, jazz, and classical music. The result is a rich and delightful rebirth of the various eras, styles, and traditions of Western music as they fold in on themselves and emerge anew. Bonded by an uncommon blend of instruments fused with voices, Charles Yang (violin, vocals), Nicolas “Nick” Kendall (violin, vocals), and Ranaan Meyer (double bass, vocals), have created a unique musical vocabulary that both honors time-tested forms and embraces new possibilities.

The Beer and BBQ before the concert is sold out.
If you plan to purchase 6 or more tickets this season, check out our Pick 6 and Pick 10 packages for best savings.

Ranaan spent most of his time developing musically in Philadelphia where he mainly was found playing in all of the local jazz clubs with some of the heavy weights in jazz today. He also is an alumnus of The Philadelphia Youth Orchestra, Temple Prep, Manhattan School of Music, and the Curtis Institute of Music. Ranaan co-founded Time for Three while at Curtis but prior to Time for Three’s demanding touring schedule he spent 10-15 weeks per year performing and touring in the double bass section of the Philadelphia Orchestra. Although his core training was in Classical and Jazz, Ranaan’s curiosity has taken him to multiple genres of music. From a very early age his parents who were professional educators encouraged him to think creatively about everything and anything, and now as a professional musician Ranaan focusses on a philosophy called The Sharing of Knowledge which has lead him to being the founder as well as artistically directing and teaching at the Wabass Institute in Wabash, Indiana and the Utah Symposium for Double Bass in Salt Lake City, Utah (both of which are full scholarship programs for the Double Bass and are funded purely by the generosity of socially conscience philanthropists). Ranaan has also found himself in demand around the world presenting workshops in improvisation, teamwork, and overall outside-the-box learning. He has also recorded on a Michael Jackson gold record and made multiple recordings with NFL films. Ranaan has been commissioned over the years to compose over 50 works and tunes and also writes for the pure joy of music. Currently he is making music with his wife Emily in a duo they call The Rockwins. They both sing and play. And they live right where he started in Southern New Jersey raising two young sons together whom make every day more unique than the next.

Nick is a founding member of the internationally acclaimed, genre-busting string band Time for Three (TF3)– in addition to his solo concert career. In all his endeavors, he is a restless innovator in shaping how modern audiences perceive, appreciate, and enjoy music and music-making. He co-founded and plays in the artist-driven East Coast Chamber Orchestra (ECCO), and, in 2020, he became Artist in Residence at New York’s Lincoln Center, where he unveiled the CONTINUUM series in summer 2021.

In his career as a soloist and with TF3 and ECCO, Nick has performed at Carnegie Hall and many of the venues across the Lincoln Center campus in New York City, NPR’s Tiny Desk Concerts, Kennedy Center in Washington, D.C., Philadelphia’s Kimmel Center and Philadelphia Chamber Music Society, Schleswig Holstein Festival outside Hamburg, Hollywood Bowl in Los Angeles, BBC Proms in London, Ravinia Festival, Melbourne’s Hamer Hall, Wiener Musikverein, Marlboro Music Festival, Sydney Opera House, Hyogo Performing Arts Center outside Osaka, Dvořák Hall at Prague’s Rudolfinum, Hong Kong Cultural Center, and an array of sports arenas across Belgium, Germany, Denmark and Luxembourg as one of the featured artists on the touring super-show “Night of the Proms”.

In 2021, Nick and his TF3 partners wrote and performed the musical score – working virtually, during the Covid-19 pandemic with longtime friend and fellow collaborator, singer songwriter Ben Sollee – for the soundtrack of Land, actress Robin Wright’s feature film debut as a director. Produced by Big Beach, and distributed through Focus Features, Land premiered at the 2021 edition of the Sundance Film Festival.

Emblematic of Nick’s diverse artistic expressions are special projects that include – in addition to original film scoring and recording new music by living composers – co-writing, producing, and performing on pop albums. Besides the Land soundtrack and recording sessions with the Philadelphia Orchestra of new compositions by Jennifer Hidgon and Kevin Puts, Nick also performs on the latest release of R&B superstar Summer Walker’s hit record, “Still Over It” (Interscope, 2021).

Nick’s love for music, which began when he first picked up a violin at the age of three, is rooted in the family tradition: his grandfather – the renowned violin pedagogue John Kendall – brought the Suzuki method from Japan to the United States in the 1960s. Both Nick and his sister, Yumi Kendall, Assistant Principal Cello in the Philadelphia Orchestra, began their music education as Suzuki kids and mastered their professional skills and musicianship at Philadelphia’s Curtis Institute of Music.

Nick’s commitment to his art and craft, as a communicator and caretaker, goes beyond his work as an active performing artist. Designed to inspire young people to revel in the exhilaration of music making, his programming for young people – Music At Play – renews the teaching tradition of his grandfather while tapping the source of joy he himself discovered in his earliest experiences as a musician.

Nick has brought Music At Play to various communities throughout the United States, including the National Symphony’s 2013-14 season of Young People’s Concerts at the Kennedy Center and the Indianapolis Symphony Orchestra. Upcoming is a presentation with the Philadelphia Orchestra in the 2022-23 season.

Recipient of the 2018 Leonard Bernstein Award and described by the Boston Globe as one who “plays classical violin with the charisma of a rock star”, Juilliard graduate Charles Yang began his violin studies with his mother in Austin, Texas, and has since studied with world-renowned pedagogues Kurt Sassmanshaus, Paul Kantor, Brian Lewis and Glenn Dicterow. He has performed as a soloist with orchestras and in concert in the United States, Europe, Brazil, Russia, China, and Taiwan, and is the recipient of numerous awards and honors. On June 9th of 2005, the Mayor of Austin presented Mr. Yang with his own “Charles Yang Day”.  In 2016 Mr. Yang joined the crossover string-band, Time for Three.

Not only confined to classical violin, Mr. Yang’s improvisational crossover abilities as a violinist, electric violinist, and vocalist have led him to featured performances with a variety of artists in such festivals as The Aspen Music Festival, The Schleswig- Holstein Music Festival, The Ravinia Festival, The Crested Butte Music Festival, The Cayman Arts Festival, The YouTube Music Awards, The Moab Music Festival, TED, Caramoor, The EG Conference, Google Zeitgeist, Interlochen, and onstage at venues such as Carnegie Hall, Alice Tully Hall, Lincoln Center’s Metropolitan Opera House, David H. Koch Theater, Dizzy’s and David Rubinstein Atrium; The Long Center, Rudolfinum, The Royal Danish Theatre, Le Poisson Rouge, Highline Ballroom, Ars Nova, The Metropolitan Museum of Art, and The Forbidden City in Beijing among many others. He has performed in the presence of two former US Presidents, the Queen of Denmark and has shared the stage in collaborations with artists including Peter Dugan, CDZA, Steve Miller, Jesse Colin Young, Jake Shimabukuro, Ray Benson, Michael Gordon, Marcelo Gomes, Savion Glover, Twyla Tharp, Misty Copeland, and Jon Batiste. Mr. Yang recently made his solo debut with Marin Alsop and The Chicago Symphony at The Ravinia Festival. His career has been followed by various news media including The New York Times, The New York Post, The Wall Street Journal, The Chicago Tribune, The Boston Globe, The Financial Times, The Austin-American Statesman, The Austin Chronicle and The Strad. Mr. Yang is featured in Nick Romeo’s book, Driven as well as Discovery Channel’s Curiosity.

Regarding Mr. Yang, The Texas Observer has noted, “Mr. Yang is a true crossover artist, a pioneer who can hop between classical and popular music and bring fresh ideas to fans of both genres. Rather than maintaining an insular focus and simply assuming

that an audience for classical music will always exist, he wants to actively create that audience, to persuade and seduce others into enjoying a type of music as passionately as he does.”

The Beer and BBQ before the concert is sold out.

If you live in Gretna, you know Becky Briody, owner of Chef on the Go, is the way to go for your catering needs.  A local brewer will be serving up some tasty choices to complement her delicious menu.  Stop by the playhouse to choose your seats and get direction to the BBQ location.  Food will be served from 5:30 – 7:00 pm.  $25 for BBQ and two beer tickets. Need separate ticket for

The trio will be doing a little bit of everything – classical, rock, Americana, and their own original compositions.

They will perform works selected from the list below, and will announce the selections from the stage. 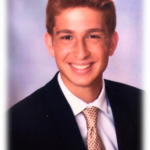 Josh Cuozzo has been playing the cello for almost 12 years. He had played in the Philadelphia Youth Orchestra for two years, and he was involved in various ensembles within the West Chester Area School District. In addition, Josh participated in the “Gran Turina” piano trio along with pianist Rebecca Derham and violinist Nick Hsieh. Josh majors in biochemistry, and he will be a sophomore at the University of Oklahoma this fall. 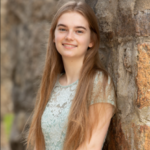