Marimba and violin for a special one hour concert 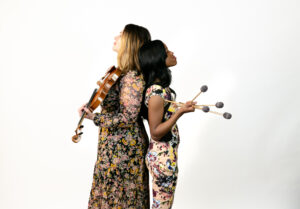 This one-hour program features works by classical and contemporary composers and improvisation. Percussionist Britton-René Collins is a Grand Prize winner of the 2021 Chicago International Music Competition. Ariel Horowitz, violin, is a recent graduate of the Yale School of Music. She previously studied with Itzhak Perlman and is a prizewinner of the Grumiaux, Stulberg, and Klein International Competitions.

Britton-René Collins, marimba, Percussionist Britton-René Collins has dedicated her artistry to shaping an equitable community for all musicians to thrive equally. Britton-René is a winner of the 2020 Concert Artists Guild Victor Elmaleh Competition, receiving the Ambassador Prize for exceptional musicianship and demonstrating an active passion for creating social change through her music.

A Grand Prize winner of the 2022 Yamaha Young Performing Artists Competition and the 2021 Chicago International Music Competition, Britton-René has performed as a soloist in the United States, Canada, and Europe. She has made several concerto appearances, including the Grammy Award-winning Orpheus Chamber Orchestra, the Valdosta Symphony, and the Meridian Symphony. In addition to her active solo career, Britton-René enjoys life as a chamber musician with New York City-based Excelsis Percussion Quartet. She is also the co-founder of Vision Duo alongside violinist Ariel Horowitz.

Born in the United States, Britton-René began playing the piano at age five. She discovered percussion at eight years old when she became intrigued by the drum set. She quickly fell in love with playing rock, jazz, and pop music on the drum set, which ignited her enthusiasm to explore various percussion instruments and styles of music. She received her B.M. at the University of Toronto with Aiyun Huang, Beverley Johnston, and John Rudolph, where she won the University of Toronto Symphony Orchestra Concerto Competition. She is currently pursuing her M.M. at the University of Michigan with Doug Perkins, Ian Antonio, Tom Sherwood, and Jeremy Epp. 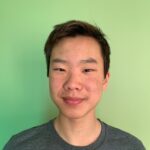 James Yan is a current junior at Hempfield High School. He has been playing piano since the age of five. James has performed at recitals in multiple retirement homes, and recently, the Ann B. Barshinger Cancer Institute. He also plays the cello, and currently is in the Franklin and Marshal College Orchestra. James’ favorite composer is Chopin, and he enjoys listening to his ballades.